Discussions on all aspects of the USSR, from the Russian Civil War till the end of the Great Patriotic War and the war against Japan. Hosted by Art.
8 posts • Page 1 of 1

I'm looking at the typical deployment of the 14.5-mm anti-tank rifle in Red Army Rifle Regiments, in particular within the Rifle Battalion. It's one of those subjects where I find myself falling back on oft repeated explanations without really knowing how well supported they are. These are the points I would appreciate some clarification on from those more familiar with the Red Army approach and not just the German interpretation.

Concentration of weapons; while the authorised organisation underwent a number of changes, in general the Anti-tank Rifle Squad consisted of an NCO and three teams, each of a gunner and a loader serving a single PTRD or PTRS. In the Rifle Battalion (circa July 1942 onwards) there were three such Squads in the Anti-tank Rifle Platoon for a total of nine weapons, while the Rifle Regiment added an Anti-tank Rifle Company of three such Platoons (total 27 guns). Where the Battalion had an Anti-tank Rifle Company this had 16 weapons total, deployed in two Platoons, each of four Squads, each of just two rifles. (I know there were numerous modifications for reduced strength organisations, but I haven't ploughed through all those from pamyat-naroda yet to see how they curtailed use of the anti-tank rifle, so am looking more at the 'by the book' approach in this case).

Was it generally expected that the smallest subunit would be the Squad, so say that using three weapons? Three Squads in the Battalion's Anti-tank Rifle Platoon allows for an even allocation of one Squad per Rifle Company, but is that too easy an assumption? The December 1942 Guards organisation retained the 16 weapon Anti-tank Rifle Company first seen in the March 1942 version of the Rifle Regiment. To my eye that looks better suited to attaching a Platoon of eight weapons to each of two forward Rifle Companies, rather than an even distribution across all three.

There's also the question of the Regiment's Anti-tank Rifle Company; was that intended for routine deployment out to reinforce the anti-tank fires of the Rifle Battalions, or fought more as cohesive subunit?

Concentration of fire; this is what got me thinking on the subject initially. The general argument is that, due to the relative ineffectiveness of the 14.5-mm round against German tanks, certainly from 1943 onwards, the tactical usage was concentrated fire of multiple weapons against individual targets. That runs into the matter of concentration of weapons as above, because you really need to mass rifles to achieve that effect, which impacts on their expected deployment.

Targeting; when the PTRD was introduced, like other anti-tank rifles it was expected to be capable of penetrating the lesser protected portions of enemy tanks and causing damage to the interior and/or engine. The 14.5-mm round was incendiary tipped, unlike its British and German equivalents as I understand it, the intention being that a hit in the ammunition stowage or fuel tanks could cause an internal fire or explosion. That approach would stand the best chance against the relatively weaker side armour of most tanks.

However the most popular opinions I see voiced are that the PTRD and PTRS were used against other vulnerable aspects of German tanks, such as vision ports and running gear, or that multiple guns would subject individual German tanks to concentrated fire in the search for disabling hits. I'm sure there's an example quoted somewhere in a book I have (but I can't find it now) about how many hits one particular Panzer sustained.

There's no reason that both forms of fire could not be used dependent upon the situation, what I'm wondering though is whether there was an acceptance by say 1943 that the 14.5-mm round was not in itself going to destroy many German tanks, however by a change in emphasis from armour penetration to targeting vulnerable points that the many thousands of weapons with troops could still offer some service.

That's actually more questions than I realised I had.

Do you want regulations/instructions or some practical examples?
Top

Probably a bit of both ideally, to compare the anticipated methods with the means developed by troops in combat.

Gary Kennedy wrote: ↑
21 Mar 2019 20:07
There's no reason that both forms of fire could not be used dependent upon the situation, what I'm wondering though is whether there was an acceptance by say 1943 that the 14.5-mm round was not in itself going to destroy many German tanks

From what I've read most officers in 1944-45 were unenthusiastic about AT rifles and their capabilities, especially after they had experience with German panzerfausts. If was generally believed that ATRs were ineffective against most common tanks and SP guns. The majority wanted to discard ATRs altogether and replace them with panzerfausts or their analogues. The minority wanted to retain them as a sort of anti-material rifles or employ against light armor.
Top

Infantry manual of 1942 provides typical formations of the ATR squad and platoon: 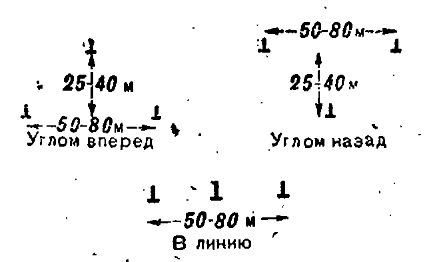 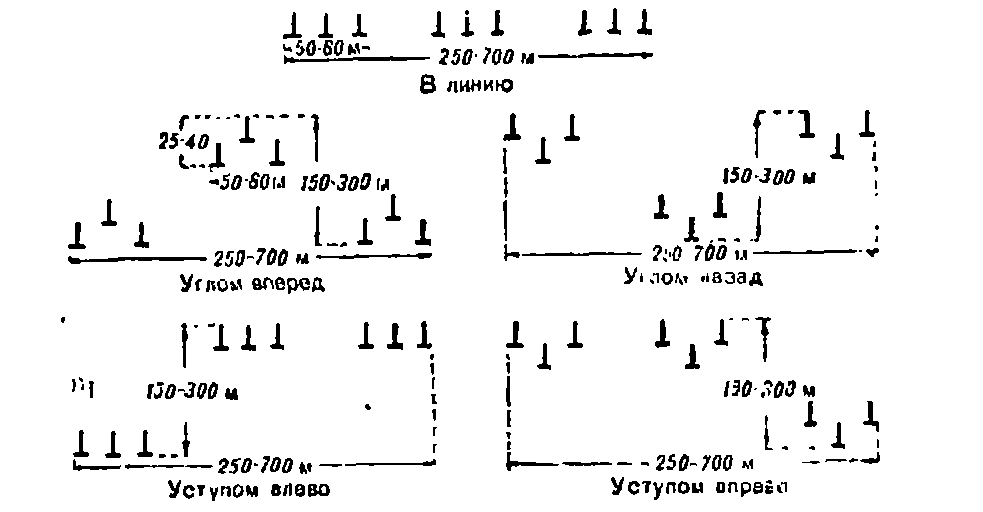 Note that the platoon's frontage was smaller than a typical frontage of a rifle battalion in defense.
Top

Battalion in defense:
150.
....
Firing positions should be so chosen that guns and anti-tank rifles could without changing their place sweep their entire sector and directions accessible for tanks mostly with flank fire.

637.
...
On the most important direction the regiment creates an anti-tank reserve consisting of guns, anti-tank rifles and sappers with mines.

Gary Kennedy wrote: ↑
21 Mar 2019 20:07
Concentration of fire; this is what got me thinking on the subject initially. The general argument is that, due to the relative ineffectiveness of the 14.5-mm round against German tanks, certainly from 1943 onwards, the tactical usage was concentrated fire of multiple weapons against individual targets. That runs into the matter of concentration of weapons as above, because you really need to mass rifles to achieve that effect, which impacts on their expected deployment.

Here is a relevant opinion (September 1944)

It should be noted that employment of single anti-tank rifles doesn't produce good results. The division didn't have a single case when hostile tanks or armored carriers were knocked out by on or two AT rifles.
...
Conclusion
AT rifles can be effectively employed against tanks and armored carriers within the AT rifle company.
Against hostile weapon emplacements and guns AT rifles are better to be employed separately or by squads.

Art, thanks very much for pulling all that information together, it's much appreciated. That link above looks interesting as well, I can just about manage to translate a few pages of that type.

I did get many years ago get from the old Nafziger Collection the "Combat instructions for the Infantry of the Red Army", HKO No.347 I think. It's a partial translation by Charles C Sharp, who I know has done many books on the Red Army but this is the only one I've got. It concentrates on the Rifle Squad to Company, but has a few scattered references to anti-tank rifles and other support weapons.