Discussions on other historical eras.
2405 posts


I am a materialist and, as a materialist, I believe that we sinners do not know the final version of the future. It - that is, the future - is multivariate. Whether "degenerate Russia" will happen in the future, or, on the contrary, in the future it - that is, Russia - will be reborn as a Phoenix bird (which, by the way, has happened repeatedly in the long history of Russia), we sinners also do not know.
It follows from your words that today primitive and cruel, realistic rules are only degenerating Russia.


On the other hand, today We know what the ornate and soft, unrealistic rules of the English monarchy turned the once Great Colonial British Empire into - over which the Sun never set not so long ago.
And these not "primitive" and not "brutal", not "realistic" rules turned the once Great Britain into pathetic scraps.
And as we well know, this process of degradation continues to grow rapidly and cannot be stopped.

The Age of Empires is long over, mainly on account that the locals didn't want to be empired over. Russia is finding this out now in Ukraine, or perhaps not

Reservists train with drones to drop grenades into trenches

After months of stalling the Russians have captured Opythe, which effectively pincers the Avdivka fortified small city with its extensive trench lines from both sides. It is evident from the map that the Russians are trying to encircle and cut off the entire city and force them to withdraw.

From the "Veteran's Notes" channel via https://mobile.twitter.com/wartranslated 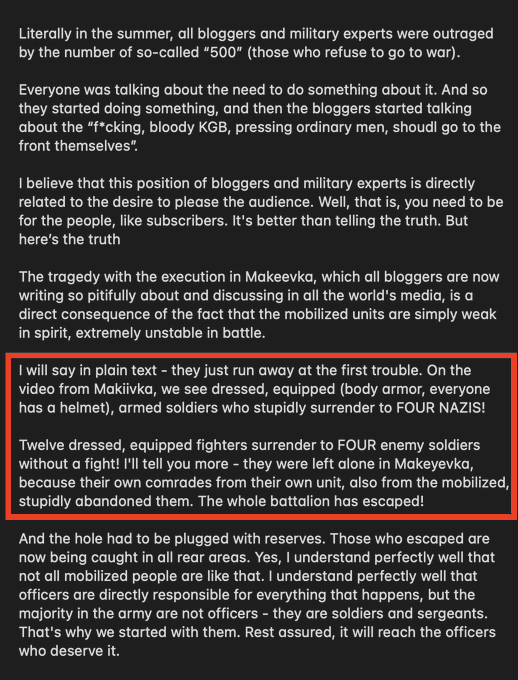 "Russia used a landfill in Kherson to burn corpses - probably their dead comrades. The Guardian writes about this, citing statements from local residents. The interlocutors of the publication said that they saw how trucks filled with black bags arrived at the dump..
which were then burned. At the same time, the sharp smell of burnt hair was noticed in the air. At the entrance to the landfill, a checkpoint was set up, and local residents were not allowed to enter." 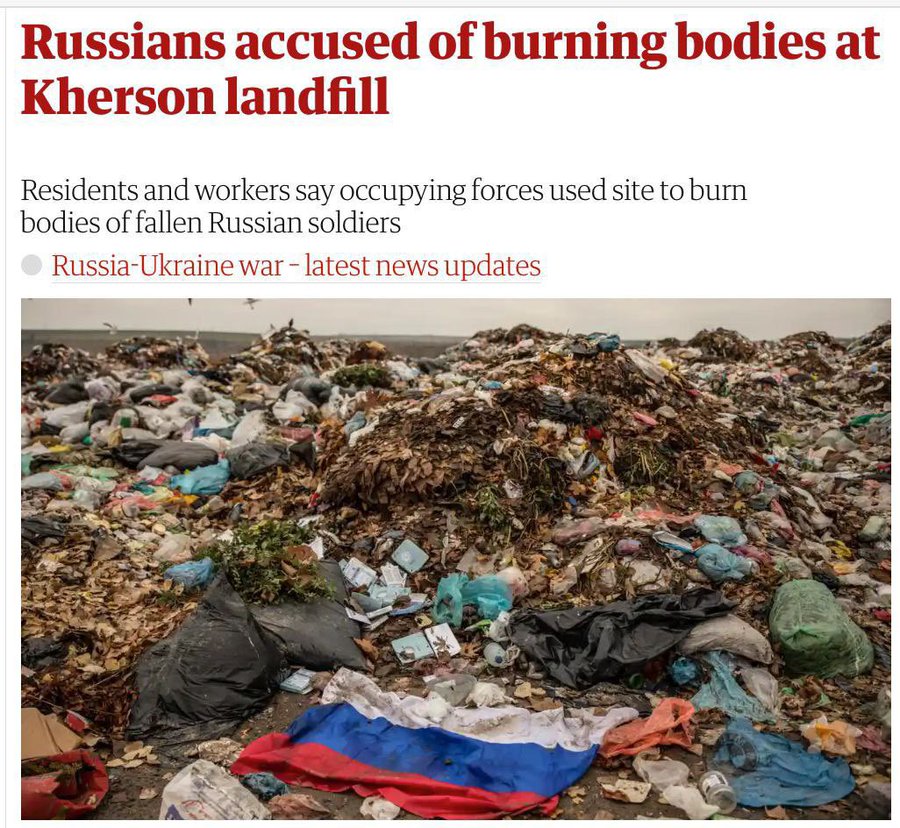 One way to stop forking out for free Ladas
Top

Reservist unit from Tver, being assembled for shipping to Ukraine. It is 11/21 so that may be 2 months since they were called up. It looks like they are equipped with a mixture of AK-12 and AK-74. 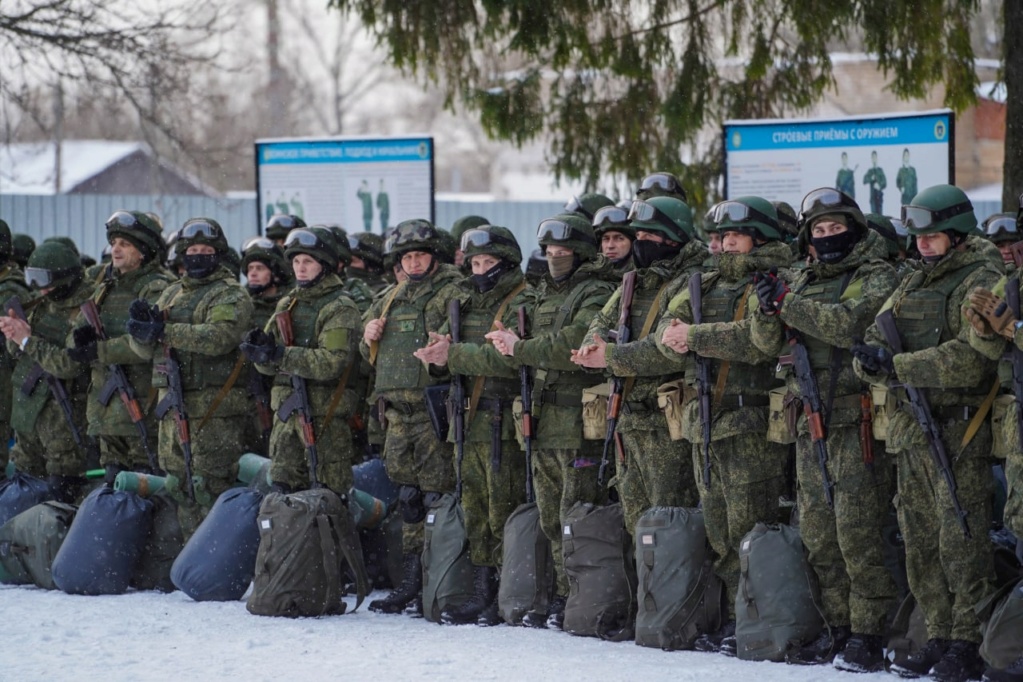 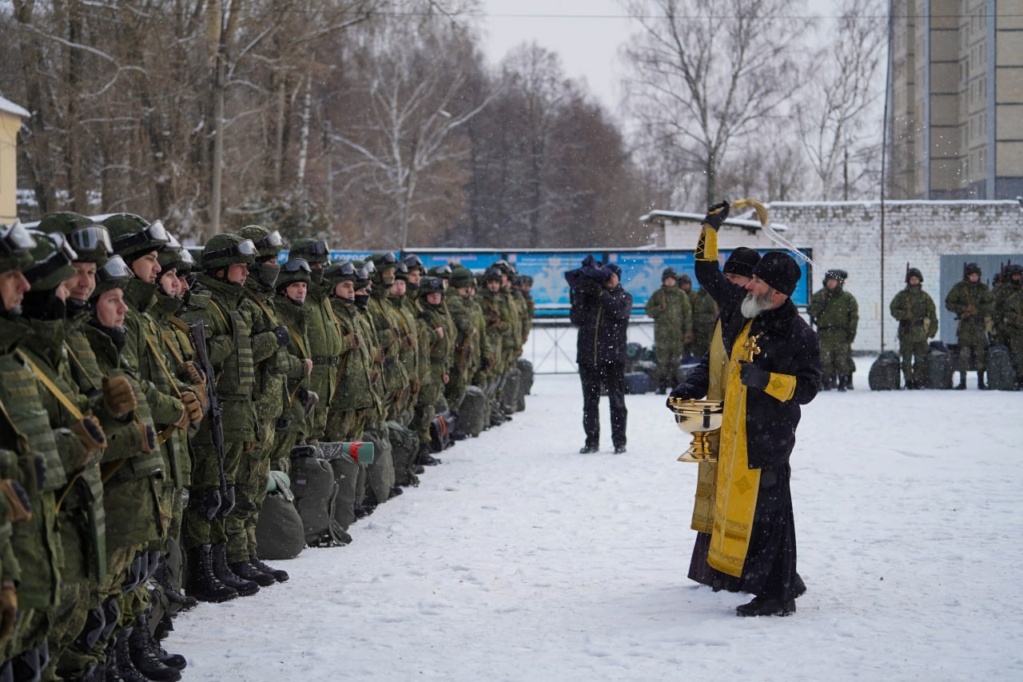 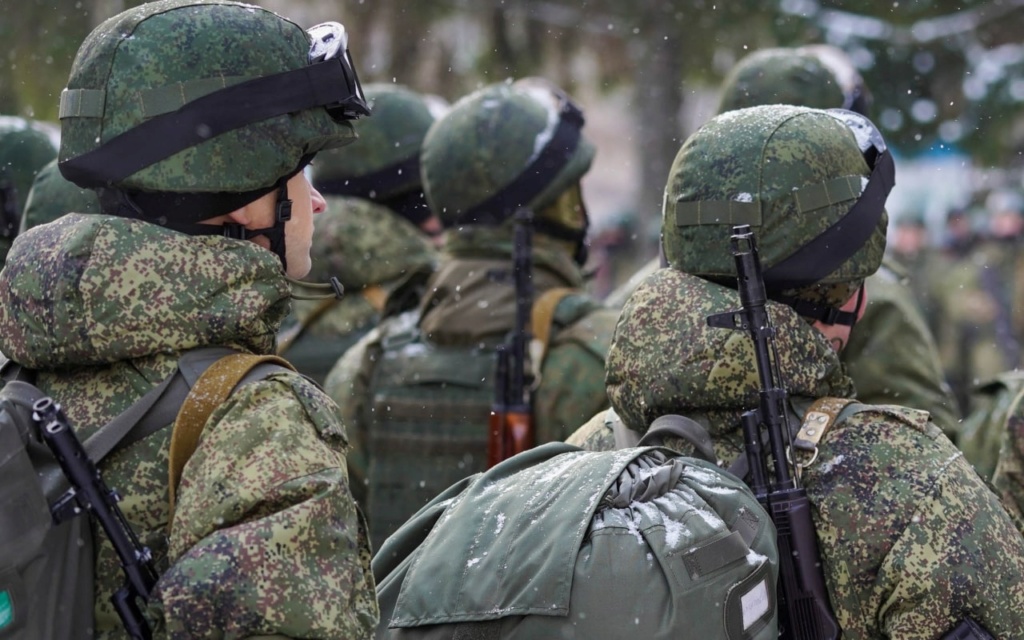 It's sad that such atrocities are being committed. Both sides are culpable, but, unlike a few months ago, I now accept that Russian units (not rogue individual soldiers) have committed mass genocide and war crimes against Ukrainian civilians. Not just a few isolated incidents.

This is a stain on Russia's glorious history and will be remembered for many decades to come. Putin must bear ultimate responsibility. I have lost respect for the man over the last few months.

I am no Kremlin shill. In an ideal world, I'd like to see a peaceful solution as quickly as possible with Russian withdrawal from all Ukraine, including the Donbass. Regime change in the Kremlin is essential, however Crimea must remain part of Russia. Even moderates like Gorbachev supported this.

But I'm not optimistic. Both Putin and Zelensky are too stubborn for their own good with huge egos and an unwillingness to compromise.
Top

The European Parliament looks ready to designate Russia a "state sponsor" of terror for its actions in Ukraine. It would be a first for the European Union as a whole, but it is unclear what the label would mean.

We get it that you are quite bloodthirsty


What, if anything, is bloodthirsty in reports of how Ruffians dispose of their dead comrades? Burning in fact would be more sanitary than their usual "esprit de corpse" of just abandoning bodies.

Please provide proof for your statement insulting board member Gooner1.

The Ukrainian energy grid offensive, escalated since the appointment of General 'Armageddon', makes more sense if it was initiated on Feb 24th and not 7 months later.

Missiles or PGMs? The Russian approach with daily missile strikes on strategic targets seems impressive conceptually but the final results hasn't won them the war. 5-week air offensive with extremely high volume PGMs (US/Coalition approach in invading Iraq) attacking infrastructure and military targets in retrospect was much more effective. IIRC the US/Coalition also killed a lot more civilians with collateral damage. US military is much more PGM centric, is much better supplied with them, but fired few ballistic/cruise missiles compared to the Russians in Iraq.
Top

Are you acknowledging that Russian missiles are incapable both of destroying point targets and minimising collateral damage?

Are you including the Iraqi civilians killed by cluster bombs etc. in addition to PGM-related losses?

Additionally if you have more accurate Ukrainian civilian losses figures than the Office of the United Nations High Commissioner for Human Rights please do provide them.

OHCHR believes that the actual figures are considerably higher, as the receipt of information from some locations where intense hostilities have been going on has been delayed and many reports are still pending corroboration.

And finally, why should anyone believe quantitative assessments from someone like you who has proven himself incapable of handling calculations involving double-digit numbers somewhat over 50?

You're a fan of war being sanitized I presume?

Provides another depressing insight into the Russian mentality. Couldn't GAS about their own dead.
Top