Discussions on the Holocaust and 20th Century War Crimes. Note that Holocaust denial is not allowed. Hosted by David Thompson.
43 posts

In ABR somebody wrote that SS-Ostubaf. Rudolf Höß wasn't NSDAP member. That's wrong!
He was member NSDAP (nr 3240), he joined to NSDAP in November 1922!! He introduced Martin Bormann to NSDAP.

Höss does not appear with a a party number in any DAL. You say he joined in 1922 in which case his membership would have lapsed after the Party was disolved after the Munich Putsh of November 1923 and I would suggest that he never rejoined in 1925 when it was reformed. If he had rejoined he would have been awarded the Golden Party Badge with a number that low.
Philmil
Top

do you have a good picturec of hoess?thanks in advance
Top

about picture of hoess i forget to sign,thanks rbea
Top 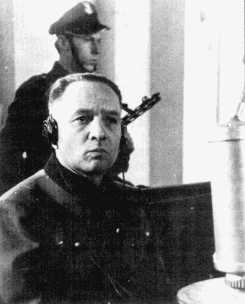 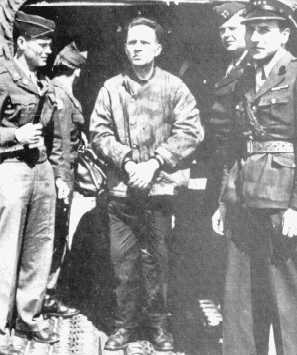 silvy,
thank you for the pictures of hoess that you sent me,thanks,greetings,rbea
Top

according to pshchologik tests which were preformed on him, hoess was in a stste of mind of "automatizm". all that he wanted was to answer questions put to him truthfuly. he never denayed his deeds,talked about them freely, and his evidance given at the nurenberg trail was accepted by the tribunal as truthful.beeing the things so why ahould the allieys tormented him? i sugest you read his memories published as "commandant od auschwitz" and the book by the psycholog gilbert"diary of nurenberg" which deal with hoess,greetings,rbea
Top

according to pshchologik tests which were preformed on him, hoess was in a stste of mind of "automatizm". all that he wanted was to answer questions put to him truthfuly.


What means "stste"? Anyway that story stinks,in the beginning they said that there was 4000 000 victims in Auschwitz.I was just reading a book called "Death factory" by Ota Kraus and Erich Kulka,that number was in their book.It looks pretty much that allies was useing some special "treatment" with Hoess to get their numbers.

hi eistir,
estate was a misspeling for state.as for hoess as i told you all the people who questioned him are of the oppinion that he was telling the thruth. the number of 4000000 victimes at auschwitz is far exceeded, and today it is said that about 1500000 people were kiled there.by the way you should read hoess's memories which are very interesting,greetings,rbea
Top

Guestion is where from they got that 4000 000 in the beginning?There have to be something to do with his destimoni.I think there was some special comission who was checking that manuscript of his "memories".For example, if he would wright that Auschwich was a working camp,to you still think they would publish it.I don´t think so.

Is that destimoni fake and if,then who was doing it.
"I was commander of Auschwitz until December 1st 1943, and I estimate that at least 2,500,000 victims were executed there and exterminated by gassing and cremation, and that at least half a million others died there of hunger and disease, which makes a up a total of about 3,000,000 dead. The "final solution" of the Jewish question signified the extermination of all the Jews in Europe. I received the order to prepare the extermination at Auschwitz in June 1941. At that time, there already existed three other extermination camps in the general government : Belzec, Treblinka, Wolzek."

It is their lousy excuse for their mistake.Why nobody havent been never mentioned that name in their testimony?
And his "memories".Would you believe if Russian goverment would be publishing Salman Raduevs last moment memories where he confessing,for example house bombs in Moscow?


He probably meant the town Wolcyn, near Sobibor. Go to http://www.mazal.org/Maps/Sobibor-03.htm
Top
43 posts