Discussions on the final era of the Ottoman Empire, from the Young Turk Revolution of 1908 until the Treaty of Lausanne in 1923.
7 posts • Page 1 of 1

From The Library of Congress:

Where is Shellal?How many LH were captured? 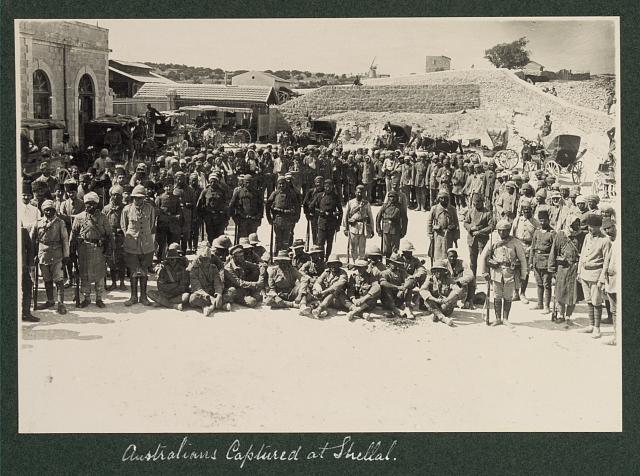 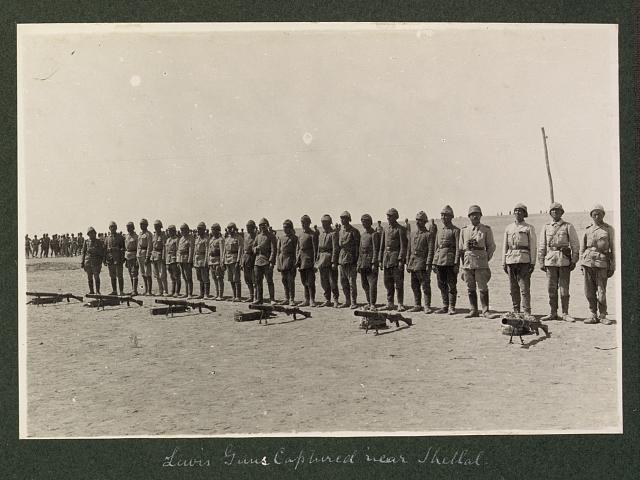 Could it be after the first battle of Gaza?

I think these soldiers are aussies and British possible Yeomanry or Infantry captured during the fighting there in March 1917?

I think your right.Shellal is 14 miles south of Gaza.

I like the extra firepower the Turks now have with 6 Lewis guns.

Thats more then a Turkish MG company at that time.

No wonder the 2nd Gaza battle was a failure with the added MG's to their defence.

The only problem with using captured MG's is the ammo supply.

The MG 's could be aussie but more likely British. Didn't the aussie LH change from Lewis guns to Hotchkiss guns before 1917.

I hate to rain on your parade but Shellal was abandoned by the Turks in early March 1917 and so these pix were taken at least a month before Gaza 1. We know that Lewis Guns came into general use with the mounted units after 20 September 1916 so the pic was taken between October 1916 and February 1917. I can count 7 Australians and the rest are mainly Brits with two Egyptians in the group. I had a look through the Brigade War Diaries to see if any large group of prisoners was taken with Lewis Guns and I can't find a reference.

the 2nd roure is remote. Only caravans use that road. There is no water.