Discussions on the Winter War and Continuation War, the wars between Finland and the USSR.
Hosted by Juha Tompuri
49 posts

Civilians and crew members on coastal defence ship watch as torpedo boats pass by during the public battle demonstration by Finnish Navy. September 5, 1938.

An explanation with the photo says that it is one of the two Italian-built Sisu class boats - Sisu or Hurja. The vessels were constructed in 1917 by the Orlando shipyard in Livorno, Italy. Sisu and Hurja were purchased by the Finns in 1922, and saw service in World War II. As can be seen form the photo, when dashing forward at full speed, the vessels sprayed water high in the air, earning the nickname "the fountains" from Finnish sailors. 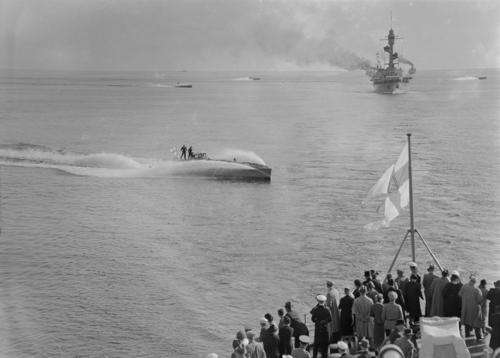 Commodore Rahola presenting the situation of the battle demonstration to the Army Major General Väinö Valve. September 5, 1938. A note with the photo says that Valve was trained as a jäger but later studied naval warfare for many years. He was the commander of the Finnish Navy from 1933 to 1944. Before that he served 9 years as commander of coastal artillery. 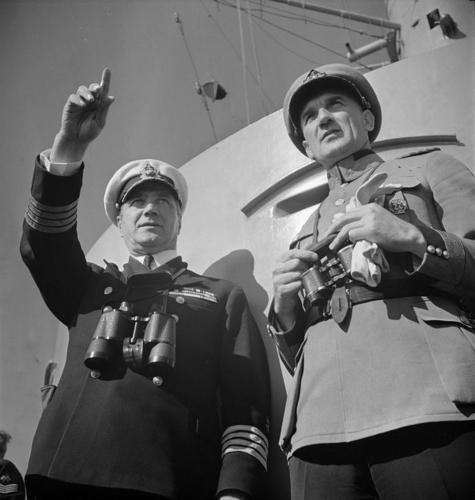 Väinö Lahja Rikhard Valve(1895–1995) was a Finnish jaeger general and was the last living one of the first Finnish jaegers. He fought in WWI in German eastern front and later in the Finnish Civil War of 1918. Valve remained in military career and commanded a Heavy Artillery Regiment 1919-1924, and then served as commander of Coastal Artillery in 1924-1933. He was then made the commander of the Finnish Navy, and he served in that job untill 1944. After that he was the minister of defence 1944-'45. 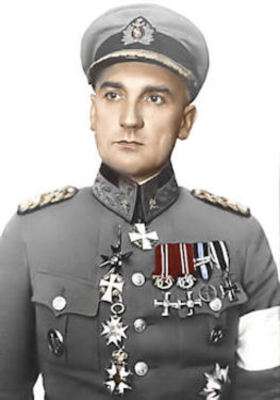 Storm Boat on Lake Ladoga. Any idea what sort of boat this is and what type of motor it uses, specifications, etc? 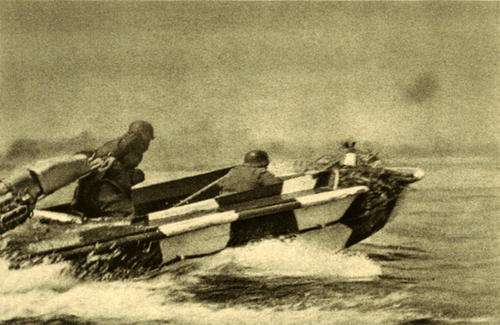 From the pictures you posted

5) Some of the Navy in port of Hanko

6) Russian destroyer Okt. Revol. (apparent missclassification of Oktyabrskaya Revolutsiya as it was a battleship)

The same photographs and some more from my post to different forum few years ago.
http://www.fcbsweb.com/forum/index.php?topic=11629.0


CanKiwi2 wrote:Wondered if anyone could supply any more information about these rather interesting photos?

Vaeltaja wrote:6) Russian destroyer Okt. Revol. (apparent missclassification of Oktyabrskaya Revolutsiya as it was a battleship)

It should be read as "Russian destroyer & Okt. Revol."
Top

Ah.. that explains it... i wondered why it had been written in such manner.
Top

And thx for the translation Vaeltaja, I was really struggling with those. Worked out some of it but .......

CanKiwi2 wrote:Storm Boat on Lake Ladoga. Any idea what sort of boat this is and what type of motor it uses, specifications, etc?

CanKiwi2 wrote:Storm Boat on Lake Ladoga. Any idea what sort of boat this is and what type of motor it uses, specifications, etc?

The boat under discussion is not a German boat, but a Finnish one. These were build in Finland by several manufacturers and were based to Hungarian design, to which the Finns made slight changes. Engine in this boat is also Kovacks (large number of which Finland bought from Hungary), but otherwise the specifications are not quite the same as in German one.

You can find the exact specifications of this Finnish boat from this earlier discussion, for which Vaeltaja also already provided the link:
http://forum.axishistory.com/viewtopic. ... 9#p1055209

Only minor note... AFAIK neither those barges nor the sturmboots belonged to Navy...
Top

Vaeltaja wrote:AFAIK neither those barges nor the sturmboots belonged to Navy...

Yep, Army operated both barges and sturmboots - to be specific the units operating them belonged to Army engineers (/sappers).

Boat on photo looks exactly like German sturmboot 39, which was taken from hungarian design too. Maybe them was same as finnish boats?
Top

I think it might actualy be a German sturmboot.
IIRC if haven't seen Finnish boats with such camouflage.
Nigel, whay isthe source of the photo?

Juha Tompuri wrote:I think it might actualy be a German sturmboot.
IIRC if haven't seen Finnish boats with such camouflage.
Nigel, whay isthe source of the photo?

Here's the link to where I picked the photos up from originally:
http://www.ww2incolor.com/finnish_force ... adoga.html

But I believe this may be the original source:
http://www.allworldwars.com/Allen%20Gew ... 01942.html

And here's the photos with the captions from the site. It was a German publication from the look of it, with quite a few mentions and photos of the different forces fighting with the Germans - Romanians, Slovaks and Finns. 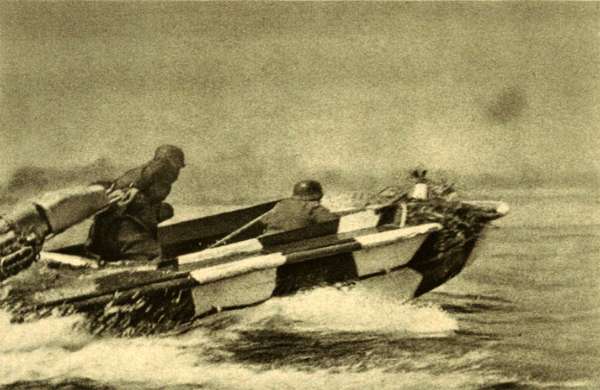 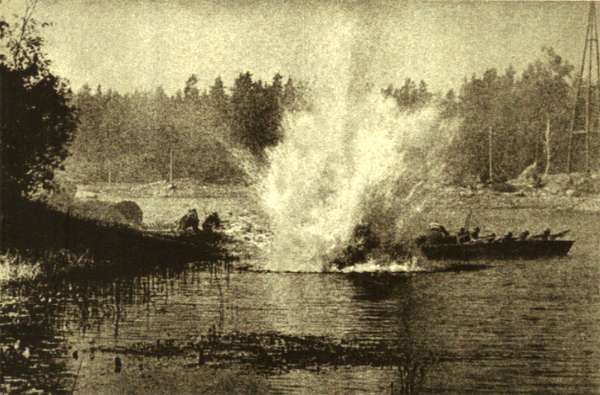 But also, this one was in the same publication and looks to be identical to the one labeled above as on Lake Ladoga - so maybe it was a German Storm Boat but just captioned as "Finnish".

Storm boats in the attack on Dago which is taken on the 20th October. Thus the Baltic is completely liberated from the enemy
ex Ngāti Tumatauenga ("Tribe of the Maori War God") aka the New Zealand Army
Top

A new question on naval ranks vs ships.

For the Ilmarinen and Väinämöinen, what were the Finnish Naval Ranks of the commanding officers? And is there anything on the structure of the crews (eg #'s of officers and their responsibilities, and the same for Petty Officers and men).

Ranks of the commanding officers (and most of the other officers) in the Finnish Navy in mid 1941. See: http://forum.axishistory.com/viewtopic. ... 6&start=15

Winter War period listing marks the Commander A. Raninen as the commanding officer of Väinämöinen and as Commander R. Göransson as that of Ilmarinen.