Discussions on the Winter War and Continuation War, the wars between Finland and the USSR.
Hosted by Juha Tompuri
11 posts • Page 1 of 1

Although Winter War history feels sometimes fully analyzed with different interpretations and lots of literature (in Finnish) available, there are still new and interesting stories and points to be found. I found the importance of French connection by reading Henrik Tala´s book with the title of Talvisodan ranskalaiset ratkaisijat - "The decisive French of Winter War". It gives good description of Édouard Daladier´s involvement with Winter War and how Winter War was seen in France. When it comes to Western allies, the truth is that France was more active and made initiatives more to assist Finland. Unlike British the French initially planned operations linked directly to Winter War (via Petsamo) without the idea of controlling North Norway and Sweden to cut ore deliveries to Germany. That western Allies would be involved with Winter War was not a British idea, the initiave was French and British were reluctant.

I think that Finns owe much more to Édouard Daladier than to Chamberlain/Churchill that the threat of French/British intervention in Winter War was something that Stalin had to take in account. Soviets could not push their attack and extend terms to such point that Finns would have been obliged to take western Allied option. Stalin had to content with territorial gains and forget (or postpone) ideas of conquering and occupying whole Finland which had been his goal when Winter War started. In this context the French connection was important for the final result of Winter War, maybe decisive.

Here is a official list of French arms deliveries to Finland connected with Winter War:

At least some of the material arrived in Finland to be used in Winter War. Some of the material like Morane planes and Bange guns were donated (thank your, Mr. Daladier) - I do not know if the rest of stuff was paid with money or more likely with other commodities like wood and paper. If someone knows more spesific details about French arms and ammunition deliveries to Finland, please post here.
Top

durb wrote:Here is a official list of French arms deliveries to Finland connected with Winter War:

If you don't mind, here is sowewhat of improved version of the list you posted:

IMO getting all that equipment was quite an accomplishment from to Colonel Aladár Paasonen, who during Winter War was commanded to Paris for the specific mission of acquiring military equipment from France. My understanding is that with exception of de Bange guns and"Bizerta guns" other items were bought, not donated. Admitted original documents are terribly clear in the matter. I have photographs taken from some of the reports and other documents that Paasonen sent to Armed Forces GHQ Ordnance Department from Paris and the list above is partly based to those.

Thanks for the list. When it comes to Morane fighters, I have read from several sources that they were donated (British donated 10 Gladiators). Fifty Moranes were promised, but only thirty made it to Finland. About the bought stuff it would interesting to know the payment arrengements - Finns had not that much funds in hard currencies like US dollars - more likely wood, cellulosa, paper or raw material deliveries were payments? There is also question of payment conditions like payment time. It would not surprise me if there was still some payments due to French governement in May/June 1940 when French had other worries than to think about Finnish payments of arms deliveries. Of course it did not had to stop the payments/pay deliveries to continue in due time (and the business was probably finished with Vichy governement).

According to Tala there were considerable fund raising campaigns in France for Finland, but it took until November 1940 when the collected funds finally were at the use of Finnish governement. Better late than never.
Top

Yep, intended to coastal artillery usage.
12 305mm and 18 130mm pieces were donated to Finland, but only 8 of the 305mm came, the others were confiscated by the Germans, but Finland later was paid a compensation for the guns obtained free of charge.
http://forum.axishistory.com/viewtopic. ... 9&t=172999

I read the mentioned book a month ago, and warmly recommend it as well.

There was a good book about Italy's support for Finland in Winter War, published a couple of years ago. And now this excellent read.

Yet another book putting a nail to the coffin for the myth Finland was left alone in Winter War.
Panssari Salama - Paying homage to Avalon Hill PanzerBlitz and Panzer Leader board games from those fab '70s.
Top

■In march 1940 to help and force the Finnish governement to ask a direct allied, at leat French, intervention, as was reluctant the British ally, the 6th march Daladier ordered to sent an air squadron who could be quickly ready
this expeditionary squadron of the Armée de l'Air renamed Groupe Aérien de Volontaires Français en Finlande, GAVFF, was raised from crews of the Assault Bombardment Group I/54 of the Assault Aviation,
it consisted in 12 officers 59 NCO's and Others ranks with 12 light bombers POTEZ 633 under lieutenant colonel Wackenheim
they should reach Helsinki via Norway and Great Britain (Tangmere then Arberdeen airbases)
sent the 11th march to RAF Tangmere base where their arrival "caused sensation", they were waiting the departure for Finland when the armistice was signed...

■reaching them Finland, according to an other forum, it seems there were 55 French Officers and NCO's Artillerymen as training cadres for the artillery delivered from France

■about the Expeditionary Corps having the size of a division organized in France for Finland, High Mountain Brigade from Alpine Chasseurs & Polish Brigade with others elements joined by the 13th Foreign Legion Half-Brigade coming from Algeria, only some auxiliary females drivers of the Sanitary Automobile Section and Ambulance France-Finlande reach the Finnish soil ssbm.PNG
███
Regards
Loïc
You do not have the required permissions to view the files attached to this post.
Top

Now that's fascinating. I've never seen any mention of a French ambulance unit reaching Finland. Are there any more details on that?
ex Ngāti Tumatauenga ("Tribe of the Maori War God") aka the New Zealand Army
Top

Six female drivers and three ambulances of SSA arrived to Finland on 14 January 1940. They transported wounded on Lake Ladoga front and Karelian Isthmus. Unploughed roads and freezing temperatures made it difficult for the unaccustomed drivers. After the armistice they evacuated wounded and civilians until 19 March 1940. 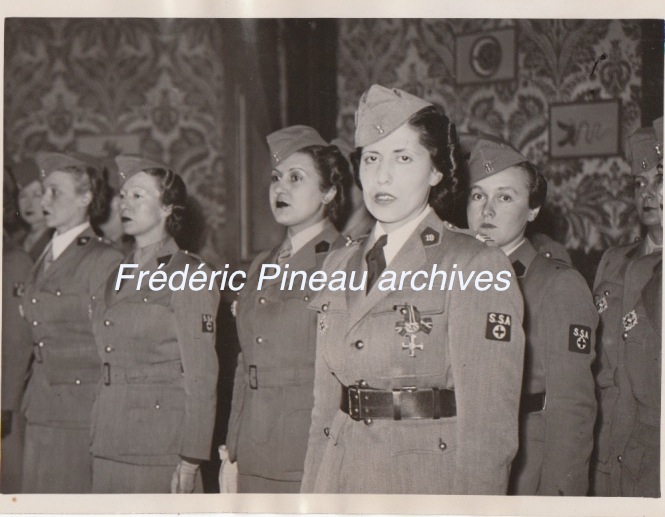 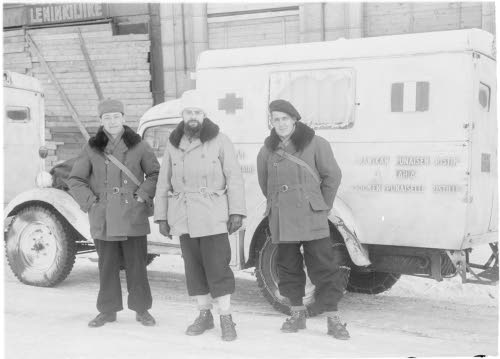 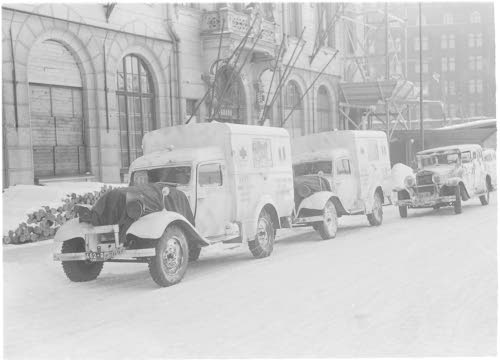 Perhaps one of the most famous persons of the French ambulance unit:
Susan Travers 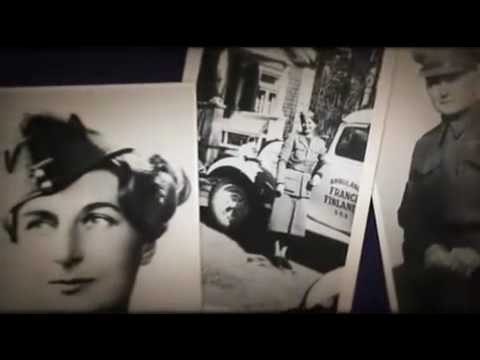