Discussions on all aspects of the United States of America during the Inter-War era and Second World War. Hosted by Carl Schwamberger.
5 posts • Page 1 of 1

Hello all. I am skimming through vintage catalogs of Waffen Revue and stumbled across something rather peculiar. In issue 73, dated 1989, on page 113-116, is what is described as an "anti-paratrooper" all-purpose gun. From what I could translate, the designer and manufacturer are unknown. That and the gun was rigorously tested at Floyd Bennett Airfield, perhaps with the intention to market it to the Army-Air Corps; there is even a mention of it possibly being offered to the British. To me, it looks like a riot-gun or grenade launcher turned revolver. It is also said to fire tear gas, smoke, "1-Pound splinter grenades" and flares, with the caliber being 1 inch or 3.4 cm. What do you all think? Does anybody know who made this thing, or what became of it?

Looks like one of the scams, sorry designs, of the AAC the American Armament Corporation.
"Is all this pretentious pseudo intellectual citing of sources REALLY necessary? It gets in the way of a good, spirited debate, destroys the cadence." POD, 6 October 2018
Top

Early, prototype, much less portable version of the "streetsweeper"?

Some kind of adaptation of the Manville Gas Guns that were around in that era? Admittedly a wild guess. 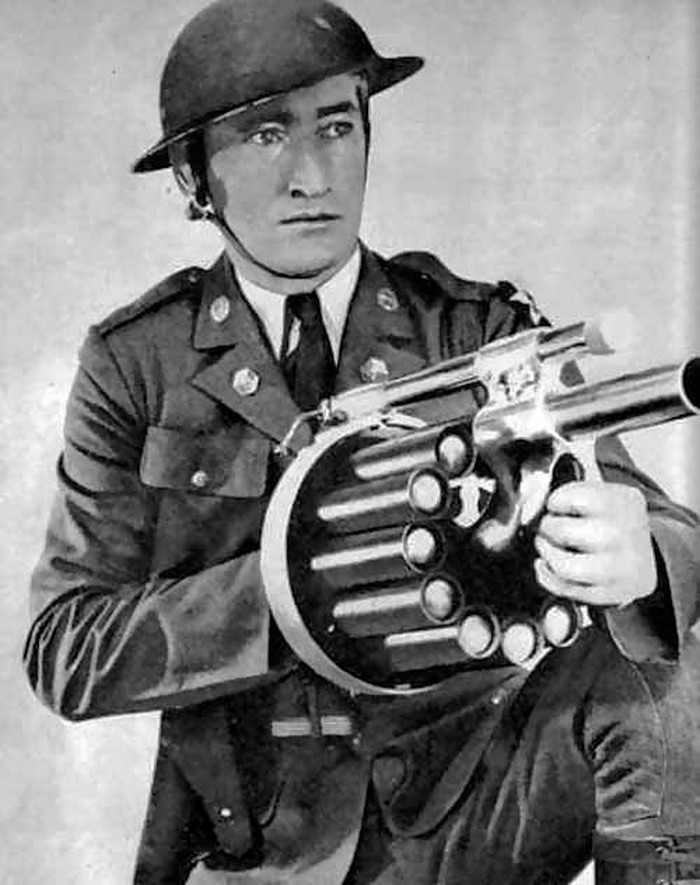 "Good actions ennoble us, and we are the sons of our deeds."—Miguel de Cervantes
Top
5 posts • Page 1 of 1