Discussions on all aspects of France during the Inter-War era and Second World War.
7 posts • Page 1 of 1

RENAULT R35
In 1933 the French High Command called for the design of a 6-ton tank as a replacement for the aging Renault FT-17. The vehicle was designed to have a crew of two and to be armed with one or two 7.5mm machine-guns or a 37mm gun. Manufactures that took part in design process were Renault, Forges et Chantiers de la Méditerranée (FCM), Compagnie Générale de Construction des Locomotives and Delaunay Belleville.The first prototype was manufactured by Renault at the end of 1934 and was based upon the AMR 1935 type ZT. The vehicle was called the Renault ZM (prior to acceptance) and immediately sent into trials in the winter of 1935. By spring, an order for 300 was placed. The tank was now called "char léger modèle 1935-R" (R35). The Renault R35 was the most common tank in the French army with about 1500 tanks produced until the armistice. On 10th May 1940 there were about 900 R35 tanks in metropolitan France and 230 tanks in the French colonies. The tank was equipped with the APX-R turret (cast) and the hull consisted of three cast sections that were bolted together. The side plates carried bogies and front driving sprocket. The final drive and differentials were housed under nose plates. It was steered through a Cletrac geared differential and brakes. The driver was located to left side and had 2 splits and an episcope. The turret had 3 episcopes and a domed cupola with binoculars. There was a seat for the commander and the hatch in the rear of the turret that opened down could be used as a seat. The machine guns spent cases went down a chute through a hole in the floor. Initially the R35 had no radio, but later models had one installed. The engine was to the right in the rear with the self-sealing fuel tank on the left. Some R35 tanks were fitted with AMX crossing tails. The Renault R35 tank has also been exported in Romania (200 + 100 ordered, 41 delivered in September 1939 + 34 ex-Polish R35s. About 30 R35s were rearmed with Soviet 45mm tank gun), Turkey (100), Poland (50) and Yugoslavia (50).
Weight : 10.6t
Length : 4.02m
Width : 1.87m
Height : 2.13m
Crew : 2 men
Maximum armor : 43mm (APX-R turret is cast and hull is cast armor + RHA bolted elements)
Maximum speed : 20-23 km/h (Renault engine, 4 cylinders, gasoline, 85 hp, 5880 cm3, 2200 rpm, water cooled)
Diameter of turning circle at 6 km/h : 8.50m (Jentz)
Transmission : 4 forward, 1 reverse
Autonomy : 140 km
Ground pressure : 0.86 kg/cm² (compared to 0.73 for PzIIc, 0.92 for a Pz III e/f and 0.83 for PzIVd)
Armament : a 37mm SA18 L/21 gun and a 7.5mm MAC1931 CMG (42 AP, 58 HE and 2400 cartridges - elevation of -16 to +20° and traverse of 5° right and 5° left but could be blocked to aim only with the turret rotation). Some were rearmed with a 37mm SA38 L/33 and called Renault R39, only a few vehicles for some platoon and company leaders). During travel the MG was sometimes dismounted and put on the AA mount on the rear of the turret. The main gun is then facing the rear of the vehicle.

Information about the armament :

The Obus de rupture Mle1935, often referenced as an APCBC, was in fact what the British would have called an APCR. It consisted of a special steel core inside a magnesium sheath. The French actually referred to it as an API (Armor Piercing Incendiary) because the magnesium burst into flame on impact.

One correction - the Obus de rupture Mle 1935 was not an APCBC, it was what the British would have called an APCR. It consisted of a special steel core inside a magnesium sheath. The French actually referred to it as an API because the magnesium burst into flame on impact. In the photo below from my website, the Mle 1935 is the third from the left, labelled 37x94R:

Thanks for the correction Tony

The 37mm SA18 and the 7.5mm MAC31 MG during maintenance (the telescopic sight is on the table).
You do not have the required permissions to view the files attached to this post.
Top

Below, afik, this is the sight reticle for the R 35, it matches the model number listed above, Does anyone know if the H 35 used a different reticle ? 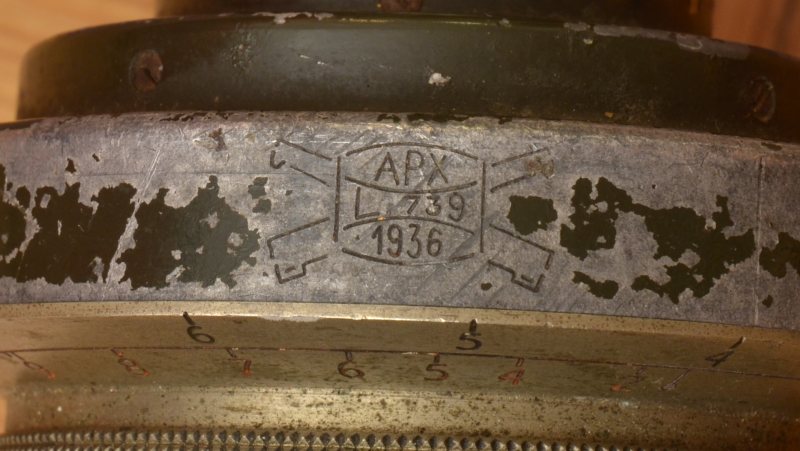 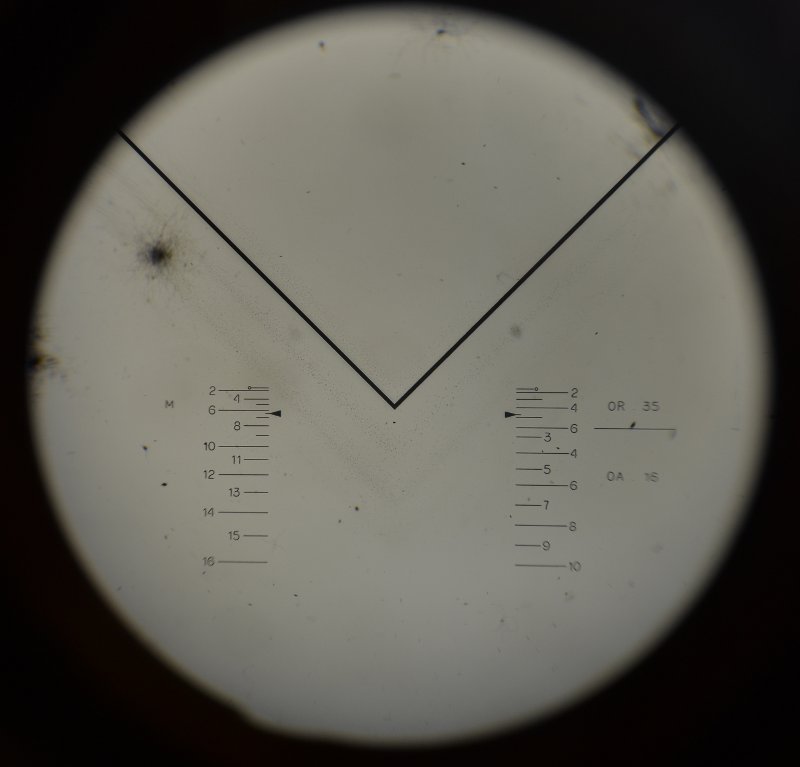