Discussions on all aspects of China, from the beginning of the First Sino-Japanese War till the end of the Chinese Civil War. Hosted by YC Chen.
9 posts • Page 1 of 1 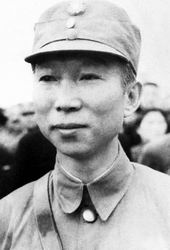 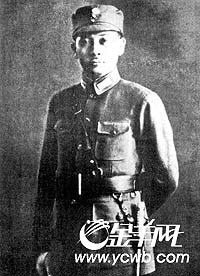 Could you please state the sources for your pictures? Except for the last two which is stated. I can btw. recommend http://www.hoplite.cn for information on Chinese generals.

1949 In Chinese civil war, Gan was promoted to Lt Gen as commandent of 10th army fighting against liberation army in Guangxi Provice
until 1950 he was killed in action in Dayao Mountain, Guangxi PRovince.
1959 Chiang Kai-Shek promoted Gan to General in Taiwan.

1949 Lv's army was defeated by PLA and backed to "Gold Triangle" doing business in Drugs.
In late 1970s Lv came back to the border of Burma and China doing business.
Top

Dear Anyone in the Forum,

I am looking for a particular General in the Nationalist Army. He would have served in WWII of course, in the army. His name is An-Teh Liu. Has anyone here heard of this General's name? Or maybe he was not a general but an officer of lower ranking in the Nationalist army? I am desperately searching for some info on him. Thanks for the help in advanced!
Top

Chang Tse-chung (ZHANG Zi-Zhong) was not KILLED IN ACTION. He was mortally wounded and as the Japanese soldiers neared, he committed suicide rather than submit to the enemy...
Top

You will find a few more details on my site: http://www.generals.dk/general/Wang_Yaowu/_/China.html
Kind Regards
Steen Ammentorp
The Generals of World War Two
Top
9 posts • Page 1 of 1